In September 2019, Hugh was awarded the prestigious lifetime achievement award by the judges of the STEP Private Client awards.

‘He retains a significant proportion of his clients and now focuses exclusively on mental incapacity cases.  Commentators describe Jones as ‘an impressive public speaker who can be tough with clients when necessary,’ and he is recommended as a particularly strong advocate.   Clients also emphasised his supportiveness and empathy.’

Hugh was named Manchester Law Society's Partner of the year in 2014.

'a highly experienced Court of Protection practitioner with deep expertise in health and welfare matters. Sources comment: "We respect him for his technical knowledge in the Court of Protection. The service he provides is fantastic, he always delivers on time and is very approachable.'

'a highly experienced private client lawyer with expertise in personal injury and clinical negligence work. One source described him as "one of the most experienced panel deputies there is in dealing with damages awards and difficult cases."'

Going from strength to strength this year in Chambers 2016 Hugh is described as 'top-notch' and 'one of the great men - he's a deputy's deputy. He's a joy and a pleasure to deal with and he knows everything. He is also always helpful.' The firm is described as 'top choice for a range of mental capacity and Court of Protection work.'

"Hugh Jones is a highly acclaimed solicitor commended as "an expert in his field and very experienced," as well as someone who does "an enormous amount for his clients." He is particularly noted for his deputyship work as well as his practice as an expert witness. Sources say: "He has good judgement, he has seen most things before and he will get to the answer without beating about the bush."

In the Legal 500 2016 listings Hugh was listed a Recommended Lawyer, described as:

In the Legal 500 2017 Hugh is one of only two people listed as a Leading Individual and the firm has now been ranked in the top tier:

In the Legal 500 2018, Hugh is again listed as a Leading Individual with the firm once more being ranked in the top tier:

'Hugh Jones Solicitors has an ‘immensely experienced team’ that is described as ‘one of, if not the premier legal practices dealing with Court of Protection work and acting for those with compromised mental capacity in England and Wales’. Hugh Jones is ‘able to get to grips with complicated issues quickly and painlessly’'

In the Legal 500 2019, Hugh remains listed as a Leading Individual with the firm again ranked in the top tier:

Hugh Jones  has a ‘depth of experience that is outstanding; he always ensures that his clients’ capacity is addressed’.

In the Legal 500 2020, Hugh was again listed as a Leading Individual - 'Practice head Hugh Jones' 'breadth of knowledge and common sense' set him apart from competitors'

'Hugh Jones is hailed as "one of the leading Court of Protection financial deputyship lawyers in the UK," known to be "very knowledgeable and pragmatic in his approach to solving problems." He routinely undertakes professional deputyship work on behalf of vulnerable adults, often advising on cases involving applications for statutory wills and complex financial abuse. He is also adept at advising on health and welfare matters.'

Hugh is a member of the panel of Deputies appointed by the Court of Protection to manage the affairs of someone who has lost capacity.  Hugh assists many special interest groups for children with learning disabilities and many local and national charities.  He provides help including a large number of Wills for parents of learning disabled children.

Hugh is a nationally recognised expert and eminent speaker on all aspects of provisions for the learning disabled, mental incapacity and the Court of Protection. He is a member of:

He also sits on the Court of Protection court user group. 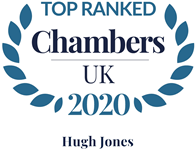 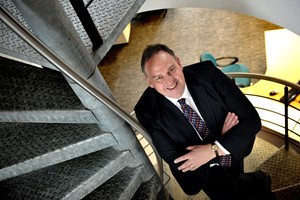